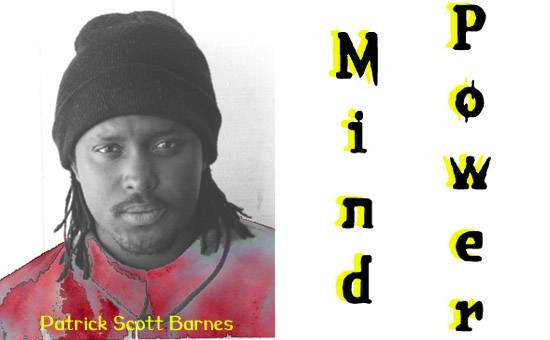 It was a day when my job was really pissing me off. This company—which I still work at—was working me down to the bone. Not only did I feel pissed off about the fact that my area of the store is always underemployed, I was also pissed off at the fact that now we had to learn how to run the area’s cash registers so we can give the cashiers their lunch and 15 minute breaks. All this just so the company can save money on their payroll.

Not only did my store, America’s highest grossing department store chain, not hire more workers for my area, they also got cheap about hiring cashiers. All this to save money on their payroll.

Still, something in me wouldn’t rest. This still didn’t seem right. Just because someone didn’t finish college does not mean he or she deserves to be exploited.

I am an avid reader. I’m always reading everything from the latest Batman comic book to Walter Moseley (Devil in a Blue Dress) to Charles Bukowski to non-fiction books dealing with social problems and astrology.

In my readings, I came across the fact that in other highly developed countries like Germany, when productivity went up, so did the wages. Even though production in these countries has increased since the 1960’s while American productivity had lowered, US productivity has always been higher. The only difference is that wages increased slower for the American worker. In other words, US corporations were screwing its workers over by working them harder and paying them less—unlike other highly developed countries.

I have nothing against college. A college education is one of the most valuable things a person can have. For one thing, a person would have better understanding of the world with one. It also can get a person a better paying job.

As I say this, I still believe that politicians telling people to go to college is just a smoke screen to hide the fact that corporations—the ones that contribute hugely to their campaign funds—are exploiting people. This leads to the belief that if you don’t have a college education, you deserve what you get. In other words, you deserve to be exploited.

As I cleared away the political smoke, I also started remembering what I had read about labor unions. Unions have always been in the US since the Revolutionary War. (All right, some of this stuff on unions, I researched during the writing of this article. So, I didn’t know all of this stuff beforehand, just some of it.)

Unions really didn’t make their imprint in the US until the beginning of the 20th century when unions started becoming more organized, but the complaint has always been the same—low wages and bad working conditions.

A year later, my prediction came true. The UPS strike happened, a strike that could’ve been avoided. One of the problems was that some UPS workers had been working part-time for years and were never offered full-time employment. Before a strike would’ve happened, UPS could’ve easily responded by actually listening to its employees. This is why a company must be given a notification way ahead of time on the day a strike will happen. This is to give the union and the company the time and opportunity to come to a resolution before a strike would happen. Evidently, UPS didn’t listen to its workers.

Since the strike, workers are getting a 90-cent raise over the next five years and more full-time help is being hired.

This is why I believe my employer, America’s highest grossing department store chain, needs a union. They’re overworking us, and the wages suck.

My employer, America’s highest grossing department chain store, has made the statement that they aren’t against unions but feel as if they don’t need them. We’re family and they feel as if we don’t need a third party to handle our problems. If we’re such family, why are many of my co-workers—me included—have such a distrust towards management? Why do many workers feel they would get fired if they spoke out against the company? Why is the writer of this article afraid to mention that the company he works for is Wal-mart, America’s highest grossing department chain store? Why all that if we’re such fuckin’ family? (Excuse my profanity. I have no excuse. My emotions have gotten the best of me. I’m sorry. It won’t happen again. I promise.)

Unions aren’t perfect. They are notorious for being known to have alleged mob connections—not all, but some—and many are known for racial discrimination. Still, who will care for the concerns of the American worker? Regardless if they’re Democrat or Republican, politicians sure won’t, nor will Corporate America. This is why the slaves on Massa’s plantation—I mean, the employees of Wal-mart—need to unionize. A voice of an individual cannot gain results in a company, but a collected voice of the company’s workers can.

Back to October/November '97 Issue